When I began my adventure into the world of needle arts my Junior year of High School (2005), I never imagined myself here! My best friend at the time was a great knitter and wanted to teach me! I could make scarves like nobodies business, but then she wanted to teach me how to make other things….that was not such a success. No matter how hard I tried I could make anything but a scarf….this was very upsetting for two reasons: one, I had bought so much yarn that I had no idea what I was going to do with it all, and two, I really did want to make other things. So I went back to the craft store to see what other types of crafts involved lots of yarn. I came across a “How to Crochet” book…little did I know it but this would be my driving force for the next 4 and a half years!

By this time I was a freshmen in collage and going to school full time and working as a nanny full time too! So finding time to work on my new found book was tough. One afternoon while watching the kids I pulled the book out of my bag and started to read it, I also brought some yarn and needles with me. After and hour of working on a giraffe pillow I realized that using one needle made a whole lot more sense to me then using two! The next day in-between school and work I ran to the local craft store and bough as many crochet book as they had available! After a year of working off patterns from books I became board. One night while my boyfriend, now husband, was visiting, I was working on a doll and said “this patter sucks, why do you they want you to do the stitches in that order? I think  it should go in a different order”…He looks at me and say well why don’t you just do it your way? This was a question that I had never thought of and would literally change everything! 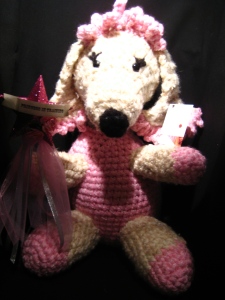 After that night I never looked at another pattern I just began crocheting things that I liked from pictures and adding my details and ideas to them. At this time I was also having  a really hard time concentrating in school and was soon after diagnosed with Iren Syndrome, ADHD, and dyslexia. I began bring my crochet projects to class and stopped taking notes, this became the only way I could give the teachers my full attention, I know that sound nuts but my brain is way more on the creative side and sitting completely still and taking notes made me retain 20% of what they where saying, once I began crocheting in class I was able to retain 80% of what was being taught!

One day at the beginning of class this girl came up to me and said “I have been watching you for weeks you are so talented, and I see your not even looking at what your doing your just doing it! Do you think if I draw you a picture of something I want to have made for my friends baby shower you could make it for me?” At this point I have only made stuff for family and very close fiends, so at first I just looked at her and she quickly said “oh I would pay you for it!” I said sure! Well I made here a bear wearing a duck costume and she took it to this shop in the Belmar shopping center in Lakewood Colorado to show to the the owner of a shop called “The MarketPlace” which is now called “A Touch of Colorado.,” before she gave the bear to her friend. The owner Holly fell in love and said I want to meet the girl who made it, so they set up a meeting. 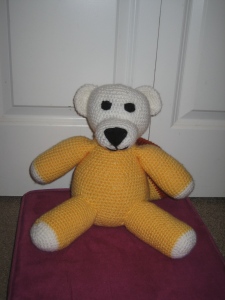 I began making items and putting them in Holly’s shop. After a year of this my boyfriend turned fiancée and I decided to move back to Denver (we were living in Fort Collins). I talked to Holly and she gave me a job. We could not pay our bills so I got a second job at Loft. Working both jobs left little time to create new items for the shop, but I did my best. After working two jobs for almost 6 months Holly asked if I would quite Loft and be the manger of the store. I jumped at the opportunity! At this point I had been writing a business plan for a shop of my own and really just needed more experience in managing and running a shop and this opportunity would give me this! 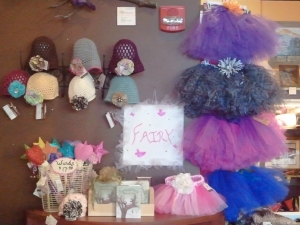 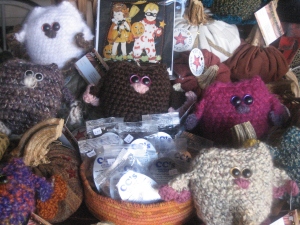 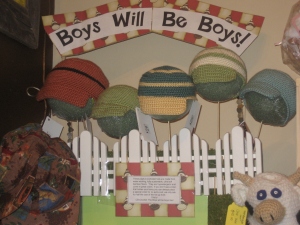 I was the manager at “A Touch Of Colorado” for about 3 months when I decided that I needed to quite my job and work on my own business. In the mean time I got married and we bought a house and got a puppy and chickens and started a garden! Life was getting pretty fun but also crazy! This is where I am today! I have been working in my little office at home making inventory for 3 stores: “A Touch of Colorado,” “The Artisan Market,” and “Caboodle’s.” More recently I have been running specials with Zulily! Things are going really well! So the question is what happened with knitting?? 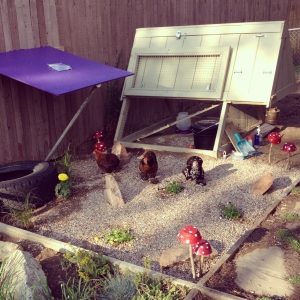 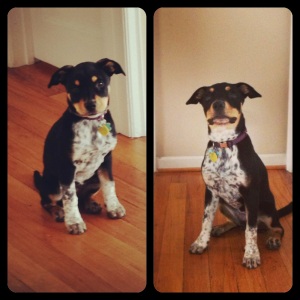 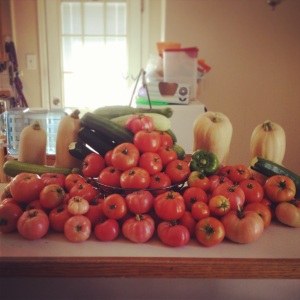 The summer I got married (2012) I received a knitting machine from a patient at the doctors office my mom was working at. I had no idea what a knitting machine was or what it did. So it sat in the box for 6 months. Finally one day my husband looked at me and said we are opening this box and we are going to find out what the heck this thing is. So we did, it took all of 5 minutes to set up. We were very impressed with ourselves. My husband pulled out the instruction manual and started to knit. This was one of the coolest thing I have ever seen, it was like magic! After playing around with the machine for months I could make scarves, fingerless gloves, hats, and dolls! My mom ran into the women who had given me the machine and told her how much I LOVED it, and the women said “oh good does she want the rest of them?? ” What what?? there are MORE…HECK YES I DO! I received 8 machines in total and car after car load of yarn and more books then I will ever need!

When we bought our house my husband built out my office with wall to wall shelves to house all my yarn and book and other crafting supplies. This is now where I work, its my happy place! After working and creating knit items on the machine I started using Instagram and posting things. People began following my and falling in love with my work so we opened the on-line shop. For here Zulily contacted me and I began creating baby booties for them. Now I am figuring out how to make sweaters and would really like to get into the clothing market as well! 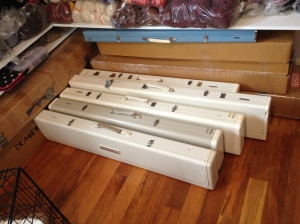 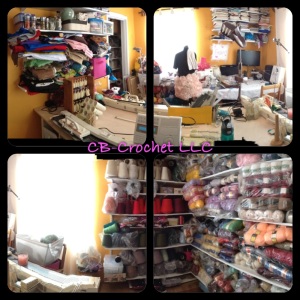 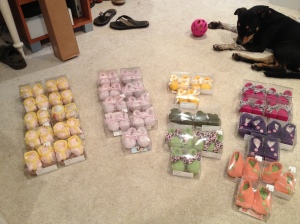 Things my not happen the way you envisioned but if you work hard and keep focused you will get to your destination, there is never a right or wrong way as long as you find your way!

Stay tuned I know I always say that I am going to post more and months go bye before I do, but I am really going to try since I am working 100% on my business and nothing else! I am hoping to get up some patterns for sale as well as videos! 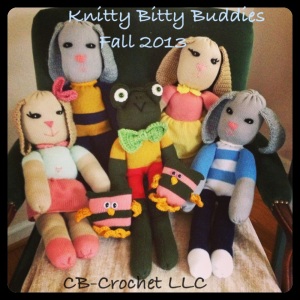 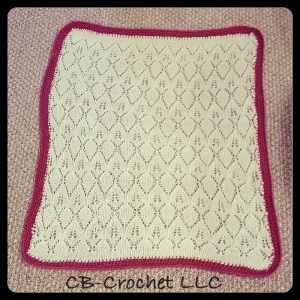 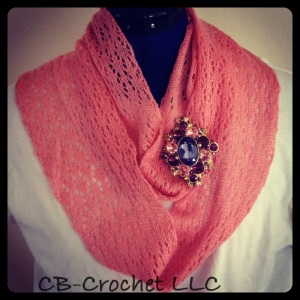